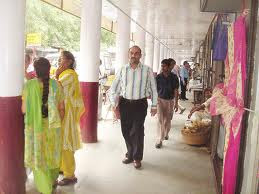 Shankar market is the market which accquired a name for its tailors, and maintains its reputation to this delhi's best markets for fabric, salwar-kameez and saris.
The market was established there is row upon row of these shops selling good cheap clothes for women and riding their popularity, a fair no. selling onlyaccessories.sari falls, petticoats, laces, ribbons, and buttons.
Arifbhai's hunar is particularly famous in shankar market, which counts celebrities like Nafisa Ali and Maneka Gandhi among its customers. Chawla Fancy House is well known in the market for the accessories. in sharma market one easily find out the people's personal library and can even sell their second-hand books- from plato to paulo coelho and i.e. also at a discount of 10-80percent on the cover price. lending libraries are also available their that charges rs 10 per book on average;it also has a collection of second hand books for sale. 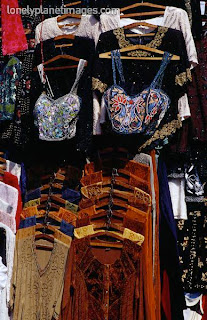 Cane furniture, lukhnow chicken kurtis, pet stores, photo services which has a personalcollection of photos of india's who's who,an art-Gallery namely Delhi Shilp Chakra which was once associated
with the late BC Sanyal. It was received two years back by Jagmohan Chopra and has since held 28 shows. one cannot step out from Shankar Market without having a plate of famous Rajma Chawal it will for sure watered your mouth from its yummy fragrance.
Shankar Market is situated Opposite to Connaught Place M Block, between Yusufzai Market and Super Bazar and Sundays are off in Shankar Market.
places to visit Shankar Market