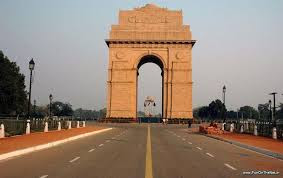 More than architecture, New Delhi was a feat of planning. The new city had to be connected to Mughal Delhi to maintain a sense of imperial continuity, it needed sufficient land to spread out and railway and electric access had to be easily forthcoming. The high raisina Hill site proved suitable on all counts. 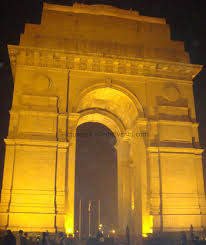 India gate situated on the eastern side of Rajpath salutes the soldiers who sacrificed their lives during World War I. The India Gate permits the tourists to retrace the bravado of the Indian soldiers. The monument is now a major tourist spot in Delhi and a common picnic site for tourists and residents. 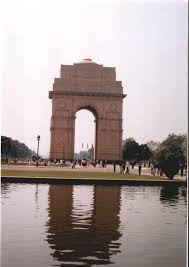 India Gate is constructed as a memorial and was built in the memory of 90,000 soldiers who laid down their lives during world war I. Located at Rajpath, India Gate is 42 m high and is popular relaxation area during the summer evenings. India Gate also act as popular pinic spot during winter. Also known as the All India War Memorial, India Gate was designed and constructed by Lutyens. He was the who is considered the chief proclaimer in designing the New Delhi plans. 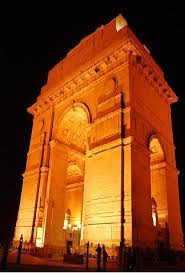 Earlier there was a statute of King George but now the canopy in front of the India Gate is vacant and this statue has been moved to the Coronation Park. The India Gate has now become the site of the Indian army Tomb of unknown soldiers which is also known by the name of Amar Jawan jyoti or the Immortal Soldier.

The India Gate was established in 1921 but was unveiled in 1931. The 42 meter tall gate pays tribute to the brave soldiers of this country who sacrificed their lives to maintain the peace and integrity of the India. The India Gate is also famous for its lawns, where thousands of local people and tourists gather every evening to view the lit up India Gate. 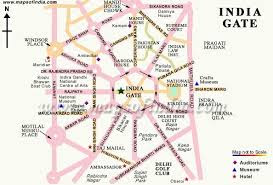 The Amar Jawan Jyoti is burning under the arch of India Gate since 1971. This shrine consists of black marble and has a rifle along with the soldier’s helmet. There are four corner torches that are always kept alive. It is now a tradition for the Prime Minister and President to pay homage to the soldiers on Independence Day and Republic Day. 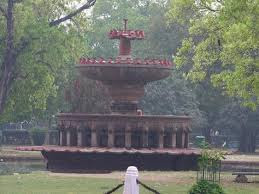 India Gate is a huge gate with round shaped interior. There are two columns of India Gate which have names of lakhs of Indian soldiers. The gate also depicts the names of the martyrs of the 1971 Indo Pak war, Kargil war and the soldiers who have received the Param Veer Chakra Gallantry award for their bravery. 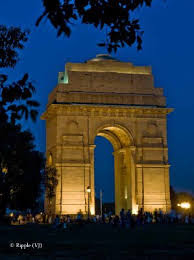 The India Gate is surrounded by well planned roads that control the traffic of the entire city. Earlier these roads provide a beautiful scene of this monument but due to threat of terrorist activities, these roads have been blocked for past some time.
India Gate places to visit