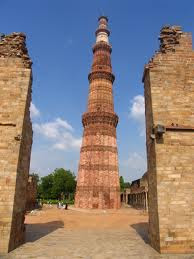 Qutub-Minar is the highest tower in India. Qutub-Minar was built by red and buff sandstone. The reason for this height of the Qutub Minar was that it is assumed to have something related to commemorating the victory. Mughals used to construct victory predoinate to exclaim and observe victories. Some say the minaret was used to offer prayer but it is so tall that you can hear the person standing on the top. 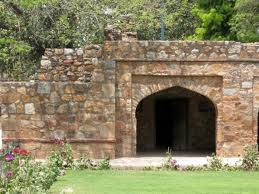 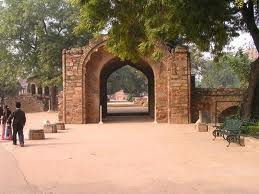 Qutubuddin Aibak laid the foundation of Qutab Minar, as a victory tower, in 1199 AD. Originally, it rose to a height of 72.5 m. It is undoubtedly one of the finest stone towers in India and one of the most important landmarks of Delhi. Iltutmish, the son-in-law and successor of Qutubuddin, completed its construction. 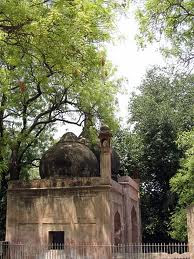 Nearby, one can also see the ruins of the Tomb of Iltutmish. He built it in 1235 AD, during his own lifetime, and decorated the interiors profusely, using calligraphy. The tower tapers from a base of 14.32 m to 2.75 m at its top and took 20 years to complete. 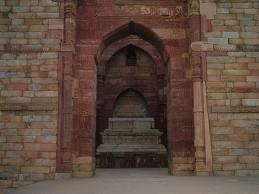 The nearby Iron Pillar is one of the world's foremost metallurgical curiosities, standing in the famous Qutb complex. According to the traditional belief, anyone who can encircle the entire column with their arms, with their back towards the pillar, can have their wish granted. Because of the corrosive qualities of sweat the government has built a fence around it for safety. 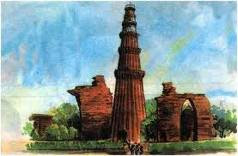 The minar did receive some damage because of earthquakes on more than a couple of occasions but was reinstated and renovated by the respective rulers. During the rule of Firoz Shah, the minar's two top floors were damaged due to an earthquake but were repaired by Firoz Shah. In the year 1505, earthquake again struck and it was repaired by Sikandar Lodi. Later on in the year 1794, the minar faced another earthquake and it was Major Smith, an engineer who repaired the affected parts of the minar. He replaced Firoz Shah's pavilion with his own pavilion at the top. The pavilion was removed in the year 1848 by Lord Hardinge and now it can be seen between the Dak Bungalow and the Minar in the garden. The floors built by Firoz Shah can be distinguished easily as the pavilions was built of white marbles and are quite smooth as compared to other ones. 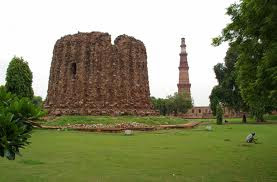 A famous Iron Pillar, which was erected in the 4th Century AD, is located in the courtyard of Quwwat-ul-Islam. It raises to a height of 7 meters and weighs more than 6 tons. The Sanskrit inscriptions on the pillar tells that it is erected as a flagstaff in honour of hindu god Vishnu and the memory of Chandra Gupta. It is made up of 98% wrought iron and it stood the test of time of more than 1600 years with our rust or decomposition. This proclaims the metallurgical excellence of ancient India. There are many other installations like madrassas, graves, tombs, mosques in the vicinity of Qutub Minar. Interestingly Qutub Minar is the most visited tourist spot in Delhi. 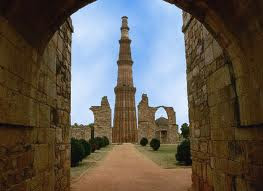