After a successful Winter LFW / Gala 2010, which concluded 21st September 2010 LFW datesannounced for next season - LFW Summer / Resort 2011 will be held from March 11th until March 15, 2011 in Grand Hyatt, Mumbai. At par with other leading fashion weeks around the world,announces LFW data in advance to all interested parties to plan their participation.
Summer / Resort 2011 is the second edition of LFW, which includes and supports fast-growingresort wear concept globally and in India. The first season attracted outstanding talents of established and emerging designers who show their creativity and designs clothes Resort, year-round fashion concept.The upcoming season and beyond will see greater exposure for Indiandesigners, buyers, media and global fashion industry. 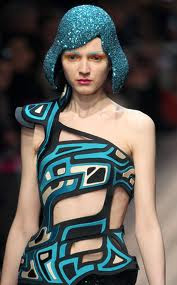