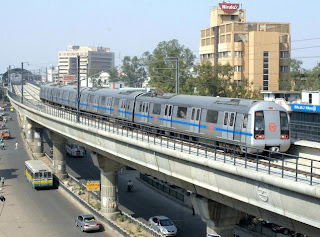 Since the launch of the Delhi Metro the governing bodies have been praising the Metro services. The quick and efficient services have been a boon to the public of Delhi. Now they don't have to wait for buses and expensive auto rickshaws. The Delhi Metro reaches nearly every corner of the city. But is it really safe for women or passengers the answer is no. Here are some of the short comings of the Delhi Metro which have never been seen or rectified. 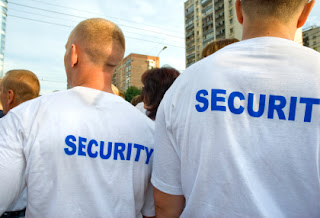 1) There are no Security Guards on platforms, of any of the metro stations expect Rajiv Chowk. You must have seen security guards on platforms at Rajiv Chowk, but have you ever seen a security guard or any security at platforms other than Rajiv Chowk no. There is no security, occasionally they show up prior to Independence day, Republic day or any other event. Even the most crowded metro places like Yamuna bank, Kashmiri Gate, Sector 18 Noida doesn't have guards on platforms. This causes insecurity in the minds of passengers, specially when traveling at night. You often come across male passengers traveling in female compartment. But since there is no guard on the platform, the female passengers have to remain silent. 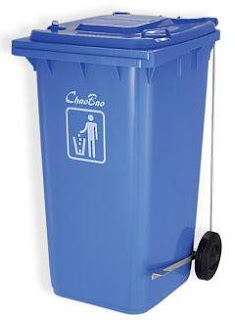 2)There are no dustbins in the entire Metro Premises :- How often you carry a water bottle, or some chips packet and wish you could through the wrapper or your trash some where but because of lack of dustbins people usually through their garbage on the platforms. You can see this on platforms which are crowded like Noida Sector 18, Rajiv Chowk etc. There are dustbins at malls and still they are clean. So thinking that keeping dustbins at platforms will increase the garbage is a wrong thinking.

3)No crowd management techniques implemented:- Even if the number of passengers increase or decrease,there is no crowd management policies implemented by the Metro. There should be a limit on the number of passengers who can travel in a metro, after which the people should wait for the next metro. Though this sounds vague but it will reduce the overcrowding inside the metro.

4) Lack of Cleanliness :- Often you will see that, someone has vomited or through his/her garbage in the metro which seems disgusting. But the metro does nothing to clean it until the metro goes for cleaning. The metro should be checked at the final stop in every round for cleanliness, I came across metro at Noida City Center which was filled with trash bottles and wrappers, but it went again back to Dwarka route without being cleaned. Atleast brooming it can solve the problem to some extent.

5)Mobile Theft in Metro specially at Laxmi Nagar route:- Last week I saw two people complaining they had lost their mobile and someone had stolen it in the crowd at metro station. Though its hard to catch thieves still if the trains are not overcrowded the problem of mobile theft can be reduced.

6)Remove 4 coach metros from long routes:- You must have seen the metro which has just 4 coaches 3 for common public and 1 for girls which is too small for long metro routes, and often people end up getting stuck dues to overcrowding in such metros. These metros should be removed or an extra coach should be added to them as they lack space and are too small for the amount of public traveling daily in the Delhi Metro.

7) Strictly imposing fines and punishing offenders :- Often you can see people eating and drinking in the metro train and taking pictures, but there is no one to catch them and punish them. This encourages people to go ahead and carry on with their wrong doings. There should be an extra vigilant officer who should travel in each train and see that people follow rules strictly. Like standing behind the yellow line, and not leaning on the metro doors when they are closed.

8) You will be charged even if you don't travel:- Often it happens that you enter the metro punching your card and find that metro is about 20 minutes late and you decide you should go by auto instead and on exiting from the same metro station you are usually charged 9-10 Rs. There should be some provision that if a passenger exits in 1-2 minutes he should not be charged. Even if the metro is hours late and you exit without traveling you will be charged which is quite unfair for the travel.

With the increase in crowd and problems of thefts, I usually prefer traveling by bus, rickshaw or a sharing auto, which are more quicker safer and also you will get a seat, rather than standing in the metro all the way long metro is good for long distance travels but for short distances, alternate means of transport are a better option. Yesterday at Tilak Nagar metro station few eve teasers tried to harass a girl passengers but they got away which shows that metro isn't secure for female passengers at night with no security guards on platforms this is a common issue.

Apart from this there are many other problems people face in the Delhi Metro but there are no feedback boxes and support staff, the people sitting at the customer care don't even listen to your problems. Once I told a Customer care officer at Rajiv Chowk about an unattended bag which was lying on the platform he didn't bother to listen or look at it. Maintenence is the biggest problem, if the governing bodies can maintain the metro it will be a profitable mode transportation and will continue to benefit the country. If we leave the things carelessly then soon the Delhi Metro will become the Indian railways.

Similar issues are faced in the Bangalore Metro as shared by the Deccanchronicle ==> http://www.deccanchronicle.com/channels/cities/bengaluru/namma-metro-rides-inaugural-pitfalls-119
Delhi Metro