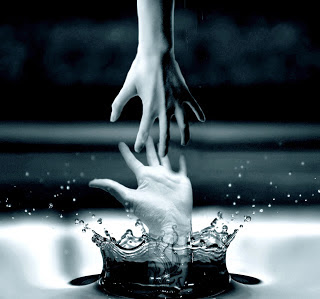 Delhi metro – Its cheap, fast and convenient but it comes with its own share of issues. A lifeline for the people of delhi and Ncr , get  used to the unwritten rules to make your travel enjoyable. These are part core reality, part observations….Rest upto you to decipher what is what.

1. If you are a smartphone user, make use of the navigation app from google play otherwise do what the foreigners do- carry a route map.

2.  3 Combat zones ( read Interchange stations) challenge and assault your every sense…Rajeev chowk, Central Secretariat and Kashmiri Gate. Kashmiri Gate throws your stabilization radar into disarray with people boarding and deboarding with tons of luggage. C. Sec can crush you under the stampede of people running to catch the metro towards Badarpur ( Violet Line). Rajeev chowk is the baap of all…Max crowd, max distractions ( the most beautiful girls), max confusion (direction arrows towards exit can fuse your mind).

3. Rajeev chowk is just like Mumbai local. You cant get down from the train, stand and look for directions…the crowd will take you to someplace else if you stop, think and look. Its not for people who like to walk with the speed of jogging. Get out , walk some distance with the crowd and then look for the direction you want to go.

4. Looking for a seat??? Forget it…until you want to get yourself seriously hurt..The mad rush for seats at max all stations (except Rajeev) ensures that the coaches are occupied in max 20 seconds flat. You will be either pushed to the opposite door or would get yourself hurt by the iron rod.

5. Situational awareness is important. When you are about to board in a rush of people, try going to the left or the right side after entering it..Make up your mind pre emptively. This would ensure that you are either in the mid of the coach or the space joining the 2 coaches (I call it the nest). Why nest?? Away from the hustle bustle of the people , couples stand there and talk to each other like lovebirds , so it’s a nest. I Have seen many people fall in the mad scramble..Just enjoy the fights afterwards that happen for seats.

6. Caution with the fairer sex. They enter the coach and stand just at the door holding the handle. So if you are behind them, don’t expect them to move ahead. Find your way around them.

7. Train your ears to bear with loud talk, absurd ringtones if your ears are not covered. Over enthusiastic sales people discuss the whole month plan and office politics in the coach over the phone, people coming from villages and the like have Bhojpuri and 90s songs as ringtones in full volume. You are bound to get irritated… J

8. It takes old people and new cellphone model users time to pick up their calls…they stare at the screen for not less than 10 seconds to answer the call…god knows what they keep thinking although number and name both flashes in big.

9. Want to look different infront of the females?? Just be yourself... I carry a novel with me and am quite engrossed while reading it. Not many guys have this habit so have noticed gals looking with awe…stealing glances does help 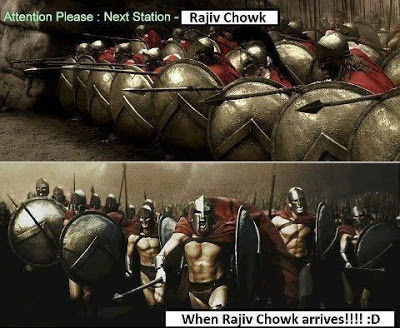 10. The most beautiful of the lot is found at only 2 lines…yellow line ( towards D.U.) and the blue line ( going towards Dwarka and Noida). The ones towards Rajendra Place are the working class type as also with Noida ones. The rest constituted into non working types mainly and single ( few can be committed).

11. Delhi metro can give a heartache too…all those who are either single or are committed but far from their other half, be careful. The scenes of various couples walking hand in hand at metro stations and talking inside the coaches is surely gonna leave you immensely jealous. You`ll longe for your beloved every second then. The rumour about finding love in metro is also false. It just doesn’t happen. Its good to know each other during the travel time if you have met each other before.

12.  A bit of loud voice helps if you are part of a large crowd stuck in the coach and the doors are about to close. Shout and make your way to safety. Those retractable doors hurt really hard- twice on the body.

13. If you commute to office every morning by this, then be prepared for being late..Any day a technical glitch can mean crowds of over 2000 people and late services alongwith a new fad. Metro stations and main lines have become the new suicide points for people. They can jump from metro stations and also infront of an incoming train. Your train can get late anytime and you`ll get used to the Sorry for the inconvenience message really soon.

14.   A single thought which would run through your mind when you see a absolutely gorgeous girl and a ok type boy with her , “Isko yehi namuna mila tha?”…and you start the spot the differences mentally.

15.   Whatever be the boy like to the girl but he`ll be extremely caring, protective of the girl in the metro. He will take care of the crowd for her, get her a seat, would make her comfortable…When de-boarding she’ll be infront of him with his hand on her shoulder to support her and save her from any pushing.

16. Which character had the shortest memory??Ghajini??No….it would be you. With absolute stunners from the whole of the city and neighbouring cities, the average mind retention time would be only till you see the next stunner…a total assault on the senses.

17. Metro is host to the latest in fashion. The perfect match of trendy fashion on the simplest of girls…the perfect oomph factor.

18. Remember the Santoor ad ?? It holds true…Prepare for heartbreaks…With no easily visible mangalsutra and the perfect hiding of Sindoor, you can easily mistake that “Married” lady to be single. Its either on the close scrutiny that you`ll spot the sindoor or a child will excitedly shout “Mummy” to the same girl whom you had thought to her Bua / Cousin sister… The dreamy castles just raze to the ground..  L

19.   Want to see and meet foreigners?? 9.20 a.m. onwards groups of them can be found along with their guide on the yellow line at Rajeev chowk…The tourist destinations are there.. ( See I told a secret).

20. With  your restlessness taking the better of you, you`ll meet children in the metro who are fun to watch. Small boys asking too many questions, little girls holding their fathers hand tightly…you just see them and get lost in the innocence. Just wave to them when you are about to get down and they`ll return the gesture and it will bring a smile to your face.

21. If you are sitting on the seat and a senior citizen is standing infront of you then they`ll stare you with such ferocity that you`ll wander that whether you committed any crime by sitting?

22. Its said that the communters of metro are hard pressed for time so a bit rude…Wrong…there are exceptions. There have been instances where people have made way for the blind to enter first, giving them a seat unmindful of their own discomfort, helping them with directions and if both are lucky enough to get down on the same station then helping them reaching their destination otherwise requesting other commuters with the line “Bhai sahab inko station par help kar dijiyega”? and affirmative nods following. Everyone comes forward in helping them…

There can be a lot more things to go into but these are the main points which would help you in enjoying the journey because its fast, convenient and magical..Its delhi`s lifeline…