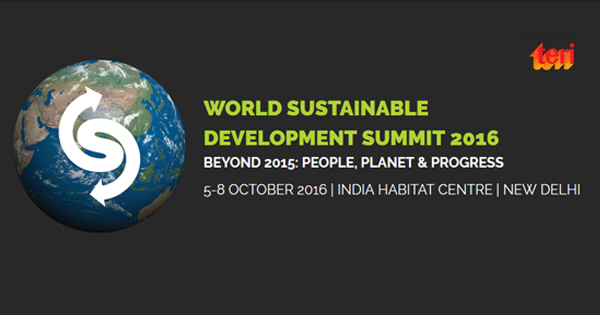 TERI (The Energy and Resources Institute) is organizing 'The World Sustainable Development Summit 2016', themed, 'Beyond 2015: People, Planet & Progress', it will be among the first international platforms to discuss the new agenda post the adoption of the Sustainable Development Goals and the signing of the Paris Agreement. It is an attempt to initiate discussions on methodologies to be adopted to create path to realize the Goals beyond 2015. The Summit will bring together the finest minds and leading thinkers of the world to focus attention on the challenge of sustainable development as it relates to prevalent trends at the global, regional, and local levels.

The Event is scheduled to be held from 5-8 October 2016 at the India Habitat Center, Lodhi Road, New Delhi. Some of the notable speakers of the past include, UN Secretary General, Mr Ban Ki-moon, Former Prime Minister of India Dr. Manmohan Singh More information about registration and speaker details can be found here http://wsds.teriin.org/