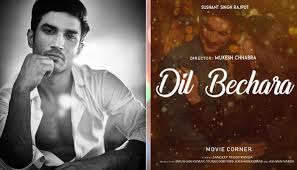 DIL BECHARA is a romantic drama Bollywood movie which is going to releasing on 24th July, 2020. This movie has been directed by Mukesh Chabbra. The movie is based on John Green's 2012 novel The Fault in Our Stars. In 2014 an American movie director Josh Boone has also directed a movie naming The Fault in Our Stars with a great casting team of Shailene Woodley and Ansel Elgort; with Laura Dern, Sam Trammell, Nat Wolff, and Willem Dafoe playing supporting roles. 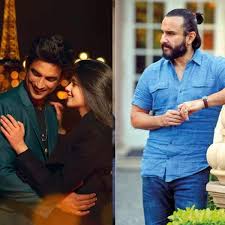 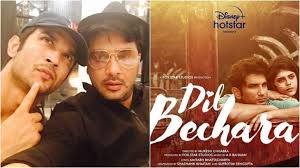 In this movie Sushant is castes as Manny, Sanjana as Kizie, Saif Ali Khan as Aftab Khan, the movie is based on Kazie and Manny. Kazie is a teenager who suffered from cancer disease she is so depressed with her disease so her mom asked her to joined weekly cancer patients support group which helps her to make new friends to those who are going through the same situation. 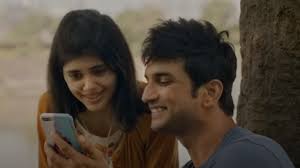 There she met a charming happening nature guy Manny. Manny is a guy who believed in living his life at the fullest avoiding the fact that he is suffering from any disease. They become friends and started spending lots of time together they roam they play games they go on walks together and they also read together. While reading a book they got so impressed with that book and decided to meet the author of the book, and they make a cancer wish to meet the author of the book. The role of author is played by Saif Ali Khan as aftab khan.

The assistant of Aftab Khan arranged the meeting bt Kazie got but are shocked to find he is a mean-spirited alcoholic. She got angry with the behavior of aftab as he taunts Manny for seeking serious answers to a piece of fiction and belittles her medical condition when Manny confesses his love for Kazie. 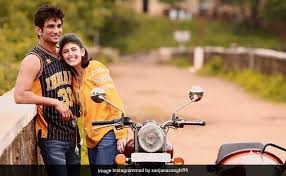 They came back to their home town and Manny's health worsens. He is taken to the ICU and realizes he is close to death. He invites Kazie invites Aftab Khan for his funeral as this was the last wish of Manny. Aftab Khan came and tells her that the last novel is based on the experiences of his daughter, who died from a disease at a young age. He gives Kazie a piece of paper which she crumples up asking him to leave. Later, she opened it and read, Kazie learns that Manny had asked Aftab Khan to help him write a eulogy for Kazie. in the end of the movie Kazie smiled and sat on the bench in a park and remember the golden time she spend with Manny.

This movie worth watching so guys after lock down go watch this movie and give Sushant Singh Rajput - A great and unforgettable actor in Bollywood a tribute with this last movie of his life DIL BECHARA.... 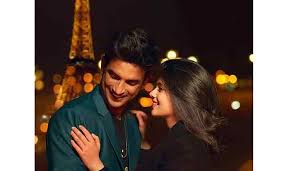 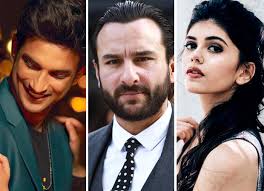